Were it not so common, I would cry. Instead, the laughter of Buddha seems more appropriate.

My circumstance is laughable.

There was no great surprise earlier today when I was fired — or ‘discontinued’, as one might say of freelance writers.

I lost my job because I can ‘no longer be trusted’. I was quoted in ipolitics.ca and wrote my thoughts on my blog at jimmosher.blogspot.com.

My opinions hinged on the firing of Jill Winzoski, a fellow journalist and close friend.

I can cry for my friend Winzoski. She was canned, as all sources of which I’m aware make clear, because an MP interfered with her life.

Selkirk-Interlake MP James Bezan said he would have nothing to do with Winzoski because, after signing an online petition, she, he said, had demonstrated her bias.

Mr. Bezan wrote in a Facebook post: “Due to my negative experience in dealing with Ms. Winzoski as a reporter, and her strongly stated opposition to the Government of Canada in which I serve as Member of Parliament, it is clear that I have to cease my interaction with The Selkirk Record and this biased and partisan reporter.”

Winzoski professes no particular political beliefs. The ‘partisan’ bit from Bezan is a non-starter.

In all, though, I cannot cry for myself nor Winzoski.

It is rejuvenating to be terminated by someone who does not know a news story from a children’s grad.

It reminds me that I have not done my job — my ample, silly accolades notwithstanding.

I have been as lazy as most rural journalists have been. We have been, as I’ve written before, in the relentless pursuit of the obvious.

The time for ‘obvious’ is over.

That is where the rejuvenation comes to the fore. I am good at what I do — that’s writing.

My tens of thousands of stories attest to nothing. My next story is the world.

We will overcome. We will take that stage no one wants to walk upon. We — all of us — will walk with proud stride into that great hall of public opinion.

This new product, this newspaper I idealize will be driven by editorial content, not advertising. Its mission will be to produce the edgy copy we miss, much to my chagrin particularly because I have been part of its manufacture and marketing.

There is a grace in this world — one, as a friend remarked when he saved two boys from drowning but not others: a grace that surpasses all understanding.

(Yes. It is a biblical reference.)

We should not be off-put by such references nor should we allow the tawdry, ineffectual writing to which we, as journalists, have allowed you to be exposed.

‘Let me not to the marriage of true minds, admit impediments. Love is not love which alters when it alteration finds.’ (Shakespeare.)

Let not this madness of scrawny truth and embellished lies be allowed to reek into our lives.

Winzoski has a final word or two.

“Keep your job, and keep your passions separate,” she said. 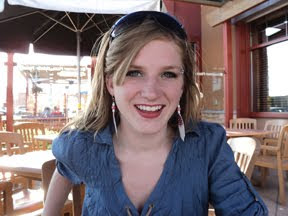